Geothermal energy is heat generated and stored in the Earth. It's clean and sustainable, it's consistent, and its uses extend beyond mere energy generation. 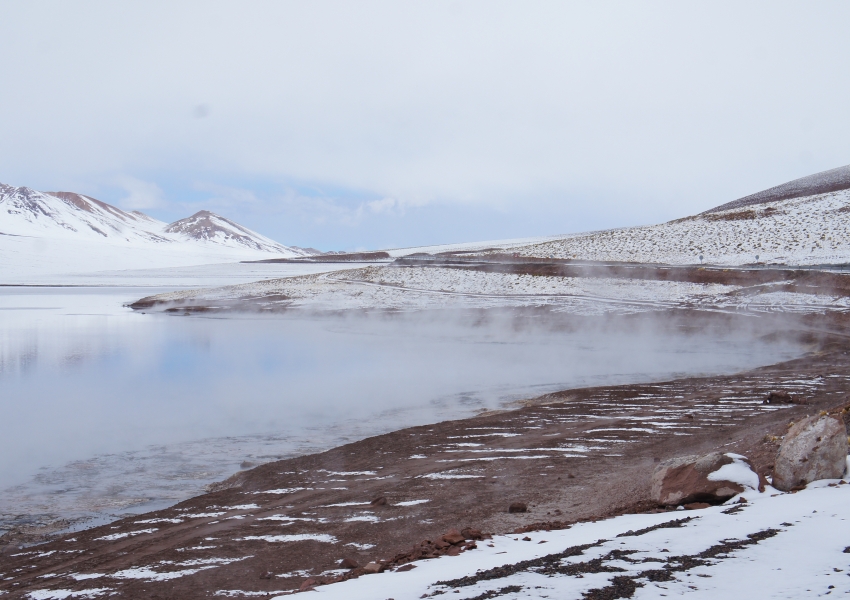 The geothermal resources are reservoirs of hot water on different depths below the Earth's surface. Deep wells are drilled into underground reservoirs to bring the hot steam to the surface for the use of electricity generation. Residual heat can be used to heat greenhouses, houses, schools, business premises, etc.

Geothermal power plants produce electricity consistently, running 24 hours per day / 7 days per week, regardless of weather conditions. No need for importing LNG, coal or diesel, if you produce your own energy. The footprint of a geothermal power plant is very small, using less land per GWh than wind, solar PV with centre station or coal.

Geothermal energy can be used for electricity production or for commercial, industrial and residential direct heating purposes. In fact, the Romans used geothermal water to treat eye and skin diseases, at Pompeii, and to heat buildings. They were true pioneers.

The first geothermal power plant has been build in Lardellero, Italy in 1904.

Besides the commonly known hydrothermal geothermal systems, making use of naturally created reservoirs, new techniques are being applied to be able to materialize the full potential of the earth, such as Enhanced Geothermal Systems ("EGS"), which will allow geothermal production by artificially creating permeability in hot rock and introducing water (or another working fluid) to extract the heat. EGS will enable the geothermal market to harvest the potential on places where the energy needs are the highest.

The future of geothermal

For the future geothermal energy has the potential to play a significant role in moving large parts of the world toward a cleaner, more sustainable energy system. Possessing own geothermal reserves means independency. And it is one of the few renewable energy technologies that can supply continuous, base load power.

Although both the number of countries producing geothermal power as the total power capacity under development appears to be increasing (see GEA report 2010), despite the clear potential of geothermal energy, actual investments in the renewable energy to date have been limited. The geothermal market remains highly fragmented with a multitude of mid-sized and small project developers with limited experience and access to key resources. As a result many promising projects do not progress due either to secure the necessary expertise, resources and capital.